I was interested in the art exhibition and dialogue “In death row’s shadow” organised by Amnesty International and KL Chinese Assembly Hall,  from Oct 1-10, in conjunction with World Coalition’s Day against the Death Penalty because I do not support death penalty.

It is inhuman, cruel and ineffective in resolving the issue of crime, whether it is murder or drug trafficking. Worst still, death penalty is also being used, and is open to abuse to punish crimes such as ‘waging war against the King’, a charge we have seen easily used especially on Parti Sosialis Malaysia leaders – you can be accused if it just by carrying t-shirts in a bus!

Anway, murder by anyone, even by the state is still murder and that’s a crime! While painting for this event, I did not want to contribute art pieces which shows only the darkness of death. I wanted to address the political will, psychological and emotional impact of death penalty not only on the victim but on his/her surroundings – family and friends.

Below are the three art pieces which I have submitted for the exhibition:

“Malaysia needs a strong political will to abolish the death penalty”

The abolition of any law and the punishments that come with it depends on the political will of the country’s highlest leaders. Recently, Malaysia’s Prime Minister Najib Razak declared that the country’s most draconian law – the Internal Security Act – which allows detention without trial – will be abolished. Najib has promised his government will review the Act when he came to power in 2009. If there is a (political) will, there is a way, to end this inhumane law against citizens and non-citizens. Will Najib take a little time or have the political will to look at the death penalty, and proposed changes to it? It is often said that behind every sucessful man is a clever woman. Najib’s wife – Rosmah Mansor – is said to be such a woman. As a wife and mother, she would definitely know what it is like to have your husband or children murdered by the state. Can she whisper into Najib’s ears and get him to think about the misery surrounding the death penalty?

“Are we setting an example for our children that it is not a crime to kill another?”

This is the question that comes to mind when you think of death penalty cases. Children learn by examples. By using murder to resolve a murder case, are we not teaching our children that it is okay to murder someone else? Children will not be able to differentiate the act of murdering someone who has committed a crime or killing an innocent victim. As long as the state sanctions murder of criminals, it sends a strong signal to our kids that murder is one of the ‘effective’ ways to curb crime. The courts will justify that the death penalty is done in the name of justice. Currently, it is used on 11 crimes related to waging war against the king, to abetting in suicide, kidnapping with the intention to murder, drug trafficking and hostage taking. So far, there is no proof that the death penalty has reduced such crimes. Why do we continue to allow the death penalty?

3. Extreme sadness for everyone 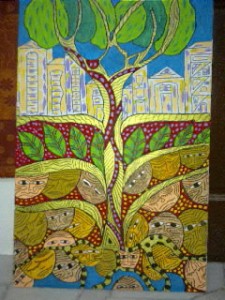 When an individual faces the death penalty, he or she goes through mental and emotional torture within the prison cell. Some prisoners, after going through many days, months and years of waiting for the death penalty to take place, eventually change his or her behaviour, become remorseful and regretful for the crime which they have committed. Some like Yong Vui Kong have become spiritual with the knowledge of Buddhism. He has much to share and guide others, especially other drug traffickers, about the crime and consequences of drug trafficking. Can his life be spared as he, being young and awakened, have so much to give? We are not asking that he be totally forgiven and released from prison. Vui Kong knows he has to serve time. He knows he has committed a mistake. We are asking that his death sentence be commuted to life imprisonment. Besides, in cases of death penalty, the victim is not the only individual who suffers extreme pain, his or her family and friends, and the society he or she lives in equally suffers. Although this would in no way stop the crime he or she commits from recurring.

This year, in March, and in conjunction with International Women’s Day, Susan exhibited 20 artworks on the theme of women’s empowerment and freedom.

She has worked and lived in Bangkok for four years, and while working for a human rights NGO, two of her artworks – ‘Eye on Human Rights’ and ‘World Dance’ were used for covers on Asian Human Rights & Development Newsletter and a book- 60 years anniversary of Universal Declaration of Human Rights – both published by Bangkok-based regional NGO, FORUM-ASIA.

This year, Susan donated four of her paintings for auction and collected RM13, 200, in aid of Merdeka Review and press freedom.

This year also, Susan donated two more paintings to a Buddhist group, they were auctioned off and RM1,500 was collected for donation.

More art samples can be found in her artblog at: http://slooneart2008.blogspot.com/

Posted by sloone on September 30, 2011 in ABOUT HUMAN RIGHTS, ANNOUNCEMENT, ART, DEATH PENALTY, FILES: SELANGOR, PERSONAL, SUSAN IN THE NEWS.