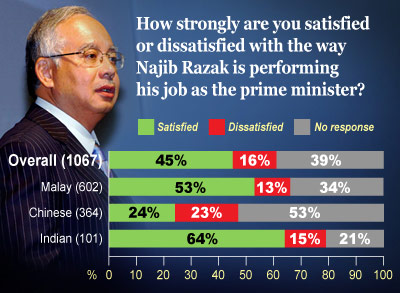 Oh, what a diversion: Shoot those who back Chin Peng’s return. But we do not know how many really want him back.

But we do know how many want Najib to leave: Only 45 percent happy with Najib.

I leave it to you to decide: which is more serious?

Posted by sloone on June 1, 2009 in HISTORY, NAJIB NIGHTMARE, RULE of LAW.