HK TV series to show how Altantuya was killed 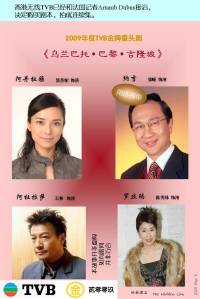 So, there’s going to be a Hong Kong TV series on how the late Altantuya was killed. The story will be based on French Liberation reporter Arnaud Dubus’ investigations. His search took him to Ulaanbator, to KL and back to Paris, where he implicated a french company in a shaddy submarine deal involving our government. The deal, he implied, was what eventually led to the horrific murder of Altantuya, who turns 31 this May 6.

We bet it would be the TV series of the year!

People are getting more and more creative when it comes to pinning down the suspects on this case.

Seems apt coz the girl’s life was shorten at 28 in 2006, by forces very much linked to Naif. She would have lived to be a 100, more or less, we do not know, if not for this gruesome murder.